State Boards Have Ally in NBCC on Key Legislative Issues 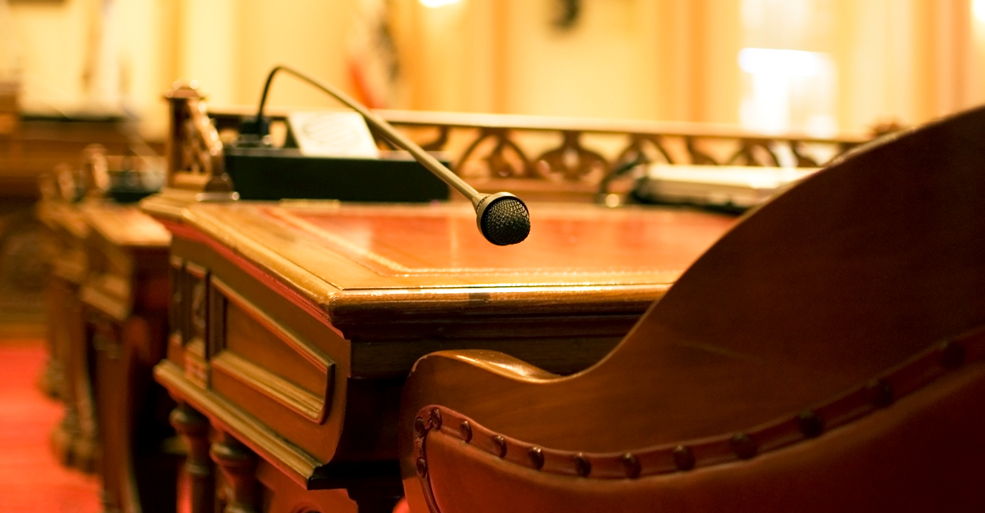 When the state counseling board in Wyoming was faced with proposed legislation earlier this year that would have weakened regulations, NBCC worked closely with that board, as well as the American Association of State Counseling Boards (AASCB) and the Wyoming Counseling Association (WCA), to oppose the measure.

Together, the coalition of organizations persuaded the Wyoming legislature to drop the proposal, which would have allowed addictions practitioners to be certified based on experience rather than education standards.

“That was a great example of how NBCC can collaborate with state boards and other counseling organizations on key issues,” says Mary Alice Olsan, Director of NBCC’s Government & Legislative Affairs Department. “We want to be a resource to state boards when issues arise relating to regulation.”

That makes sense not just for NBCC’s traditional role in supporting regulatory rules that promote the counseling profession and protect the public, but for Olsan’s own dual role. In addition to her NBCC position, last year she was named executive director of the AASCB.

Olsan has a strong background in this area, as she is a former executive director of the Louisiana Licensed Professional Counselors Board of Examiners.

“When I was the executive director in Louisiana, I didn’t realize that NBCC could offer significant support to us in state legislative matters,” she says. “I’d like state boards and state counseling organizations to be more aware that we are a resource and that we are available if states need help ensuring their rules and regulations are consistent with what other states are doing and, of course, are in the best interest of the public.”

Many state boards, Olsan says, are not permitted by law to lobby against proposals by legislators. As a result, they need counseling organizations—whether in state or national such as NBCC—to carry specific messages about proposals.

“NBCC can support state boards and what they feel is best for the public—especially in those instances where a board may not have strong support from local organizations who can lobby,” Olsan says. “AASCB and NBCC are two places they can turn to if they want support for legislation in their state.”

In the Wyoming case, for example, NBCC wrote a letter of its own opposing the legislation, but also worked with the WCA and NAADAC, the Association for Addiction Professionals. NAADAC had originally supported the measure, based on the idea it would increase the number of people available to provide services, Olsan says. But NAADAC withdrew its support once WCA, with the support of NBCC, was able to provide more in-depth information about the proposed bill.

NBCC also assists states in amending and strengthening licensure laws in areas such as a counselor’s Scope of Practice (SOP) or the mental health counseling services a counselor is allowed to provide in each state.

Unfortunately, SOPs vary from state to state. The Government & Legislative Affairs team is currently working with the state of New York to include the authority to diagnose in New York’s SOP. To aid in this effort, NBCC recently signed on to a Memorandum of Support with other national and state organizations to demonstrate our full support of this initiative.

At the state level, NBCC also is working closely with state boards to promote the National Counselor Licensure Endorsement Process (NCLEP), a proposal that would make it easier for counselors to practice in other states while protecting the public with required standards.

“We can work with the boards so that portability is no longer an impossibility,” Olsan says.

“It is really about working to ensure the states are setting standards that protect public safety, while also enabling more people to obtain the mental health care they need from licensed professional counselors. Boards want to increase access to care—they don’t want to shut people out—but they also understand that it’s imperative for everyone licensed to practice counseling to meet minimum standards for public safety.”

© 2021 | National Board for Certified Counselors, Inc. and Affiliates. All rights reserved.